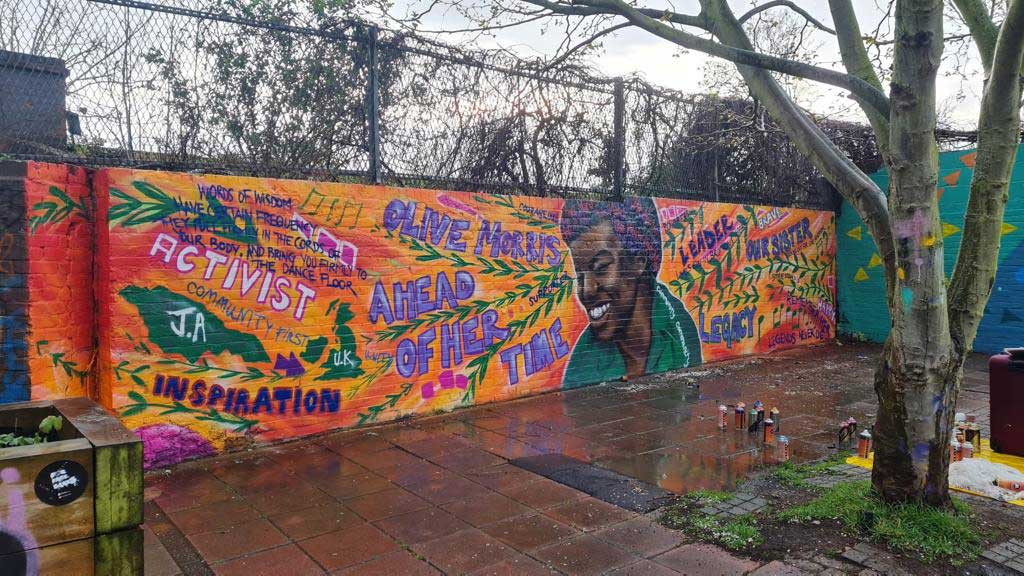 The People’s Corner is an exhibit that serves a deeper purpose than just congregation.

Inspired by the incredible Olive Morris, this outdoor space was created to honour her spirit of bravery, perseverance, and community. One of the greatest leaders to ever come out of Brixton, Olive’s passion for activism was initially stirred by a horrific encounter with local police in the year 1969. She was arrested and physically brutalised for attempting to defend an innocent Nigerian diplomat from racial profiling on Atlantic Road, Brixton, just 17 years old at the time.

As the true fighter she was, Olive refused to let the trauma of such an event defeat her. Having joined a junior sect of the British Black Panther Movement not long after, her spirit of activism began to manifest into something beautiful. Olive went on to lead several activist groups across the country that were fighting to empower Black people and confront police brutality, whilst also perfecting the art of ‘squatting’; fearlessly exploiting unused properties on Railton Road to provide a safe space for like-minded activists to congregate – notably the community group ‘Black People Against State Harassment’.

Before her tragic passing at the tender age of just 27, Olive had made incredible headway across the country, leading the charge against institutional racism on several fronts. To name just a few of her incredible achievements, she organised and oversaw the first school in Manchester for disadvantaged Black children and went on to found the Brixton Black Women’s Coalition – the first organisation for Black women in Britain. Although she departed tragically prematurely, Olive’s work will continue to inspire countless generations in her wake.

To create this beautiful mural in honour of Olive’s 70th birthday, The Brixton Project ran a workshop facilitated by artist Linett Kamala and attended by young women and girls from the area. Working collaboratively in her spirit, they designed a mural that does justice to her bravery and resilience. This space is intended to enable people to amplify their own voices across the community, and to inspire change when called upon. The mural was expertly installed by WOM Collective. For further information on Olive Morris, you can view this permanent online exhibition hosted on The Black Cultural Archives created by Linett Kamala and inspired by the activism of Olive Morris.

In reclaiming the streets of Brixton as our own, we declare this a safe space for debate, discussion, and reflection, created by the people, for the people. Here, we centre the voices of trailblazing young women who speak truth to power and inspire the next generation to get up and stand up for what they believe to be right. Designed as one of the 81 Acts of Exuberant Defiance, this space truly honours the spirit of one of Brixton’s original revolutionaries – the incredible Olive Morris. 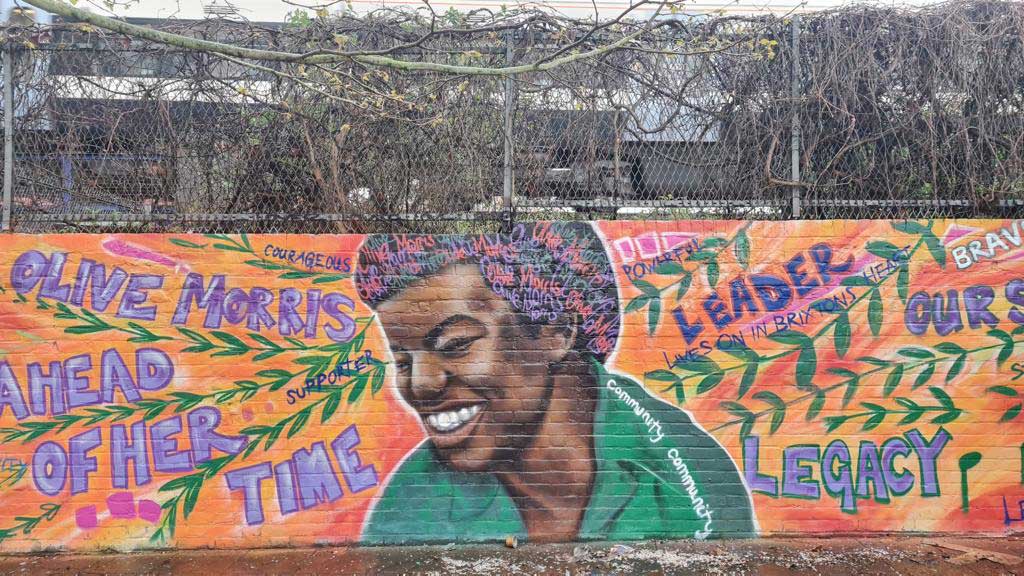 To register for this event please visit the following URL: →