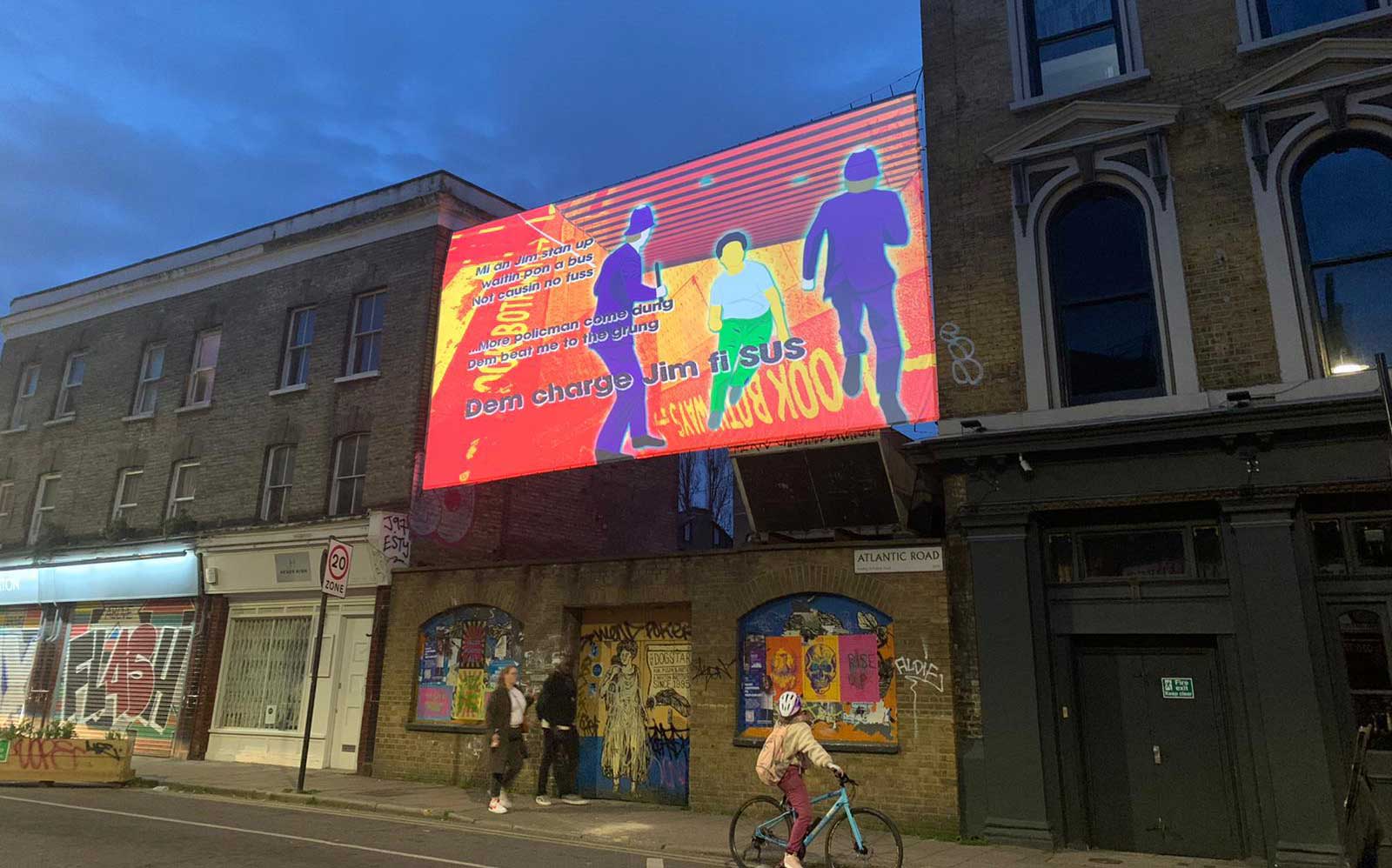 Atlantic Billboard, Look Both Ways, situated on the crossroads of Atlantic, Railton and Coldharbour roads, is a projected animation inspired by the lived experiences of the 81 community, it tells the story of Leroy and opens a window to the complex history behind Brixton ‘81 Uprisings, based on the significance of the Atlantic Ocean and tracing back to the Zong massacre in 1781. The location, at the crossroads of Atlantic, Railton and Coldharbour, invites us to Look Both Ways to understand the historical context of 1981. Atlantic Billboard was created by four local young people (Renzo Allen, Seonaid Gowdie, Jonathan Gowdie and Nile Thomas) working with experienced projectionist and local resident Dick Straker from Mesmer.

Thanks to Linton Kwesi Johnson for using his poetry and thank you to local residents who provided testimony for the project.

To register for this event email your details to connect@81actsofexuberantdefiance.com

Atlantic Road, next to the Dogstar